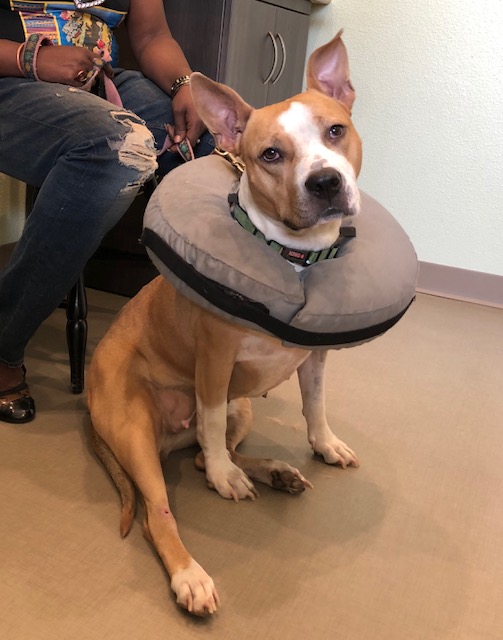 After having to put my dog, Pout, down after 17 years of being his mom I swore I would never get another dog. Four years passed and then I get a phone call about a female Pit Bull who had about 3 days to find a home or be euthanized. I fell in love with her instantly through her picture. She was very sweet, super hyper and tail wagging when I went to pick her up. This was despite having had no human or animal contact for about 8 to 10 months.

Sheba was being kept in a backyard by someone who would just throw food out to her when they thought about it and close the door. Needless to say she was dehydrated, scared and lacking in basic manners but she was headed to a home where she would live indoors, play outside if she wanted to and would never worry about food or water again. Two weeks of lots of love and Sheba is now healthy and thriving and ready to run and play AT ALL TIMES. So the first opportunity she saw to run out of the front door of our home she took full advantage of. She ran directly into the street, a car hit her and kept going. I thought she was gone but she hopped up and began dragging herself towards me.

She was rushed to an emergency hospital where it was determined thankfully that there was no head trauma or internal injuries but her leg was fractured in several places and should probably be amputated. Heartbroken, I searched for anyone who could help with a second opinion and also with the cost of any further treatment because we definitely couldn’t afford expensive surgery.

Saving Gracie and Pawsh Place to the rescue!!! The first number I called was Saving Gracie and they referred us to Pawsh Place for an exam. After a 20 minute visit and a follow up call from the doctor we were told that not only could Sheba’s leg be saved but that half of the cost of her surgery would be covered by Saving Gracie!! The kindness of the staff at Pawsh Place, the generosity of Saving Gracie and the prognosis that Sheba would be fully functional was overwhelming. In tears we prayed for all of these people and what they do asking for them to continue to be blessed in a way that enables them to continue doing the amazing work that they do. Sheba is now 3 weeks out of surgery. She has a slight limp as she’s learning to trust her leg again but she’s happy, tail back to wagging and she’s they joy of our home. We will be forever grateful and supportive of Saving Gracie and Pawsh Place. There just is not a better place to support or refer to for your pet. 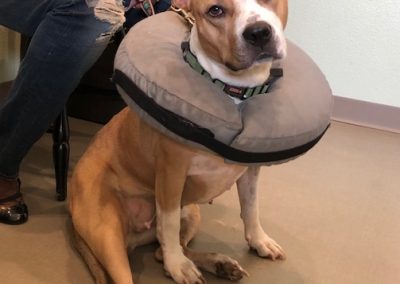 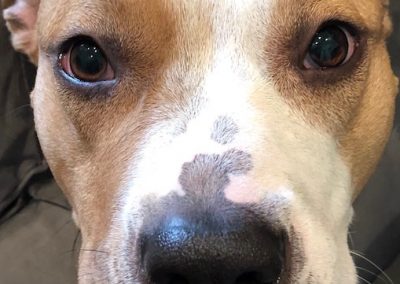 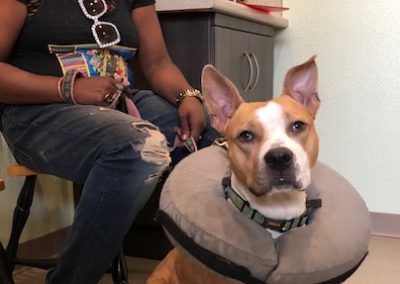