I instantly fell in love with Mayhem when my husband sent me a picture of him after finding him on the street outside of his office building. He’s been such a good cat for us, he fit right in with our dog Ivy. The year 2020 didn’t start out too great for us when Mayhem started to go to the bathroom outside of his litter box. We took him to the vet for antibiotics but things kept getting worse until he soon wasn’t able to go to the bathroom at all. We spent all week and all of our savings taking him to the vet and emergency hospitals. Nothing was working and things got pretty grim once we realized he was going to need the PU surgery that we couldn’t afford. We were tapped out.

I remember that morning waking up and knowing I had to make the call to put him down because we had run out of options. I was so angry and sad that my time with him was going to be cut so short, we had only had him for a year. It wasn’t fair! Thankfully when I called Pawsh they asked me to give them some time so they could see what they could do for us. And within a couple hours they had told us we were approved by Saving Gracie and his surgery would be fully covered! We couldn’t believe it!

They took him in that day and by the next day he was right back to using his litter box. It was the greatest sight we had seen lol. We were out of the woods! He wouldn’t be here without that surgery so every time he jumps up on the couch to cuddle with me or when hes having the time of his life with his favorite hair tie I thank Pawsh for not giving up on him and I thank Saving Gracie for having such an amazing charity that helps so many people and they’re loved ones. Our little family will forever be grateful!! – Alicia 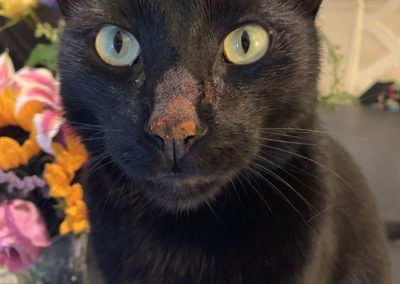 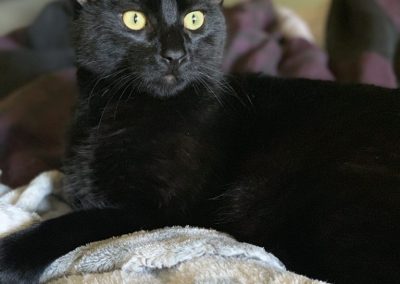 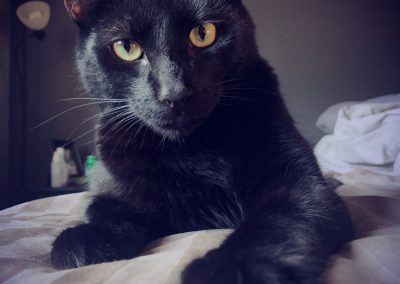 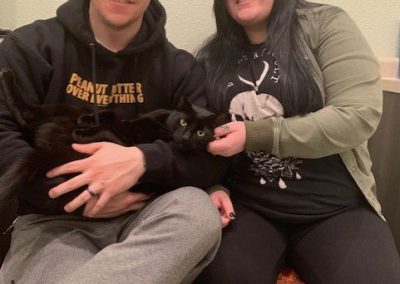