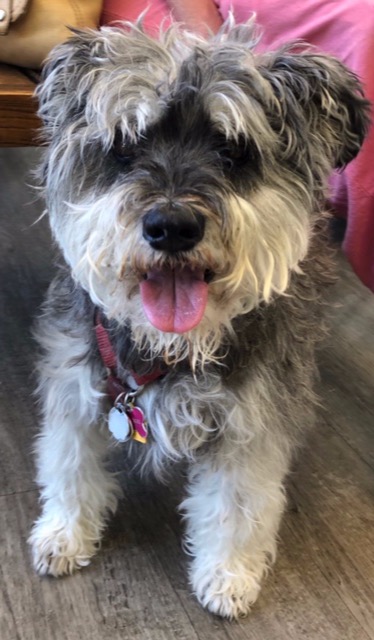 One early morning in April 2018, I awoke finding my 13 year old Mini Schnauzer, Lucy, not in her bed. I went into the living room and found her sleeping on the carpet. In addition, I was alarmed to find that she had vomited a couple of times sometime during the night. When Lucy stirred from sleep she was very unstable on her paws, and had to urinate a lot; some of the pee had blood.

Lucy and I have been together almost 14 years. She was 11 weeks old when my husband and I picked her up from a farm family in Iowa. After my husband passed, Lucy was my companion, my dog child, and I was her mom. She and I did almost everything together. I had to get her help, fast.

Determined, I knew I had to get her to a veterinarian. A few months earlier we moved to Vacaville and didn’t yet have a family vet. Desperately, I started calling vets in Vacaville wanting to get a same day appointment, but there was nothing available same day. A local friend of mine had told me about Pawsh Place. I called them and they had a same day afternoon appointment slot open.

Lucy could hardly walk, and because of my physical disability I was unable to carry Lucy to my car. Thankfully, a neighbor was able to help me get Lucy to the vet. A very kind and caring Dr. Chancellor gave Lucy a thorough examination and did some tests. Lucy had a severe UTI-Urinary Tract Infection and inflammation in her kidneys. Dr. Chancellor gave Lucy injections of antibiotics and anti-nausea medication and take-home prescriptions of antibiotics and pain medication. I was told to keep an eye on Lucy’s condition. Lucy seemed fine for a while.

A couple weeks later, Lucy’s symptoms returned and she had an x-ray of her bladder. It was discovered that Lucy had a bladder stone and a mass, which was thought to be a blood clot.

Lucy was on a special prescription diet for a few weeks to hopefully dissolve the stone. But, to no avail, the food didn’t work. Dr. Chancellor said surgery was necessary.

Lucy’s symptoms were getting worse.

I asked Dr. Chancellor what the surgery would cost to remove the stone. She said about $1500. I grimaced. I was on a limited income and could not afford to pay that much. That is when Dr. Chancellor told me about Saving Gracie. She would put in an inquiry for Lucy. A few days later, I received a call from Pawsh that my request for funds was accepted. I was elated and thankful to Saving Gracie for their generosity.

Lucy’s surgery was scheduled a few days later. After dropping Lucy off for surgery, I received an unexpected call later that day from Pawsh. Dr. Chancellor removed the stone, but the mass in Lucy’s bladder was suspected to be cancer. A biopsy was taken and a week later it was confirmed that Lucy had bladder cancer.

My heart sank to my feet.

This was a bitter sweet outcome for my precious Lucy. The bladder stone was removed therefore providing relief and comfort to her. Knowing the cancer will eventually take over, and I will need to make final decisions, is looming.

I am very grateful to Saving Gracie Foundation funding a portion of Lucy’s surgery. They gave sweet Lucy extra time to enjoy her life and for us to spend quality moments together. 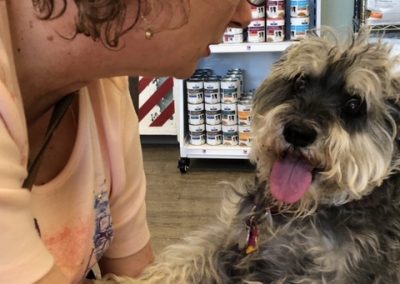